Storm{O} is an Italian four-piece band that formed in 2005. The group is based in Feltre, Belluno and their name is derived from the mingle of a dark storm and the word for a flock of black birds, stormo, in Italian. This imaginary union is graphically described by the two brackets that represent the flock of birds, and the letter “o” between the two brackets, representing a drop. Hardcore screamed in their native language, narrow mathematical passages and runaway emotional explosions give shape to an unconventional and somehow unique music.Aside from the main Italian cities, during its activity the band has toured in Switzerland, France, Austria, Germany, Czech Republic, Slovakia, Poland. They shared the stage with bands such as: La Dispute, Unsane, Big Business, Bane, More Than Life, Celeste, Goodtime Boys, Cruel Hand, Rotting Out, Year Of No Light, Ramesses, Orthodox, Ben Frost, KEN Mode, Unkind, and Jungbluth.

Be the first to review “STORM(O) Ere LP” Cancel reply 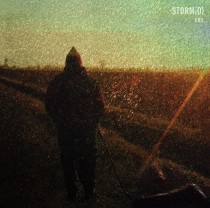