Borders can be mental, existing only in our heads, and yet feel as powerful as though they were made of barbed wire and guarded with guns. And then there are the borders that are very much physical, which can have quite visceral emotional ramifications. The furious, Italian, hardcore act STORM{O} is back in 2019 with the new album “Finis Terrae”.If the previous records “Ere” (2018) and “Sospesi Nel Vuoto Bruceremo In Un Attimo and Il Cerchio Sara Chiuso” (2014) were all-out cross sections of everyday life presented with audacious, pained rage, “Finis Terrae” takes on the nonsensical reality of our society. In a world where hope is vanishing, for STORM{O}, writing this record was almost a necessity, a required act. Working with SOFT MOON’s producer and sound engineer Maurizio Baggio at La Distilleria in Bassano del Grappa (Italy) helped the band find a more cohesive and mature sound. They play a unique mixture of pulverizing hardcore guided by fast, aggressive drumming. Wailing vocals in Italian are intertwined with anxious spoken words, angry shouts and desperate screams. The furious song structures lead to brilliant set breaks that mark the only spots to gasp for breath. The guitars act within the frame of dynamic songwriting that leaves space for a couple of uplifting moments, while the bass adds a discreet noise-rock edge. Over 12 songs that combine the fury and speed of old-school hardcore with the gloomiest melodies of post-hardcore, STORM{O} delivers another album that is a testament to the underground music scene. 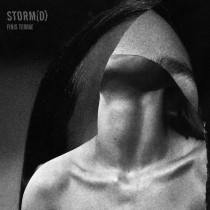