Shawn Decker has been a steady force in the DIY screamo league for years, especially known for his band Coma Regalia, the masters of split records which keep on releasing passionate music each year. Back in 2015 Shawn and his friends Anai Sigala and Steph Maldonado (also plays in Lord Snow) formed Plague Walker. After two EP outputs “Para Mis Enemigos “is the band’s debut full-length which is more than a solid screamo rager, fiercely speeding its way through 16 raw and emotional songs. You’re into bands like Ostraca, Orchid, Portraits Of Past or Reversal Of Man? Then better get into Plague Walker right now!Para Mis Enemigos by Plague Walker 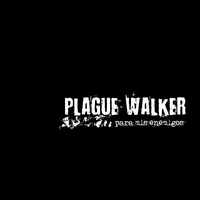