PREYING HANDS – through the dark – LP

Upon returning from a European tour late in 2006, Ballast promptly broke up. 3/5th of the band would continue to play together and soon would form PREYING HANDS including new members whose previous efforts included Montreal bands Snake Master, Desperate Living and Last Days. The sound seamlessly blends an odd combination of crust, melodic hardcore and a touch of pop punk. The powerful female vocals, that lyrically combine the personal with the political, complete an intense picture. Production was handled on this debut effort by Mark Lawson (Arcade Fire, weird ) at the Pines and mastered at Mammoth Sound by Dan Randall (Limp Wrist, Government Warning) (Contraszt!, RuinNation, FFYM, Trujaca Fala) http://www.myspace.com/preyinghands 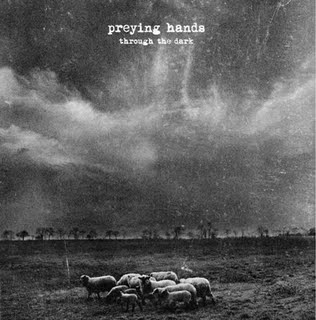