Formed in 2005 by a bunch of teenagers in Lyon, DECIBELLES has developped a strong identity somewhere between noise, punk and edgy pop music. Sharp vocal harmonies, aggressive and noisy guitars, brutal bass, add here a honey pop touch gazing the nervous breakdown, and it’s now impossible to stick a definitive label to their sound. On stage, they rage in fierce and convincing performances. With the release in 2015 of their mini album SLEEP SLEEP and their generouse and convincing live performances, they take over German where they play around 40 shows between 2015-16, alongside Austria, Czech Republic, Poland and a few more.

Be the first to review “DECIBELLES Tight LP” Cancel reply 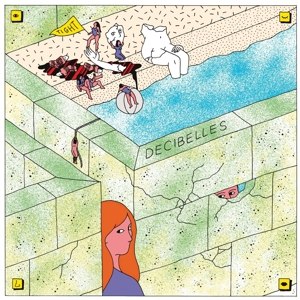