Rata Negra return with “Una Vida Vulgar” their third and best album. A truly pop infused punk record with an incredible production. The album harks back to their previous work in Juanita Y Los Feos but with more pop elements and a bigger and better production. Each of the ten tracks are so good, that they could be released as a single.The Rhythm Section is locked in and the guitars buzz but it’s the vocals that take this to pop heaven. The first side of the album starts with Venid A Ver and doesn’t let up until the Phil Spector esque Cuando Me Muera. Flip over and it’s straight back to the upbeat gems, which just keep coming until the final track Romance De Lobos which ends the album in a more reflective album. Una Vida Vulgar is pure perfection and for fans of X, Blondie and Rik Agnew. (Sean Forbes) 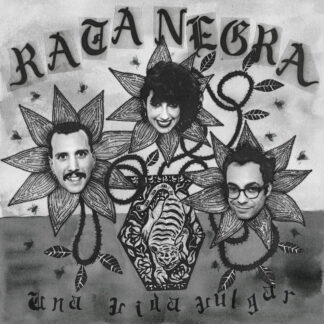