Born out of the ashes of the Minneapolis underground, WAR//PLAGUE continue to be active in the hardcore punk, crust and thrash community while constantly pushing the envelope with their ever-evolving sound. Their latest LP “Manifest Ruination” will be slated for release in the fall of 2022.
Forming in early 2008, War//Plague have been one of the most dedicated and productive crust punk bands for the last decade bringing socio/political rage and ferocity to their music. With 11 releases to date, there is no end in sight for these veteran Minneapolis stalwarts!
WAR//PLAGUE will be crossing their 15 year anniversary threshold in 2023 and have an expansive catalog that includes split releases with some legendary bands such as WARWOUND, AXEGRINDER and more.
„Just when you thought that crust punk couldn’t get any better, there’s a band like WAR//PLAGUE that constantly sets the new standards for the genre. On their 10th anniversary, War//Plague is still the best American crust band today“ 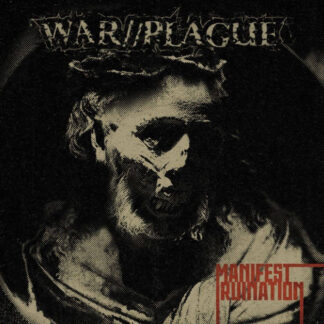