Trophy Wife formed in 2008 when guitarist/vocalist Diane Foglizzo and drummer/vocalist Katy Otto met in Washington, DC while working together on a punk fanzine GIVE ME BACK.

The two began playing together and developed an instinctual language musically – it became clear early on that any band to emerge from their jam sessions would be a duo. They began crafting songs that would later become their first album. “Patience Fury,” recorded by Devin Ocampo (Smart Went Crazy, Faraquet, Medications) and released on Raleigh, North Carolina’s 307Knox Records in 2010

The band eventually relocated to Philadelphia, PA from its DC home, where Diane grew up. Trophy Wife continued to play events focused on the queer community, economic justice, Girls Rock Camp movement (Diane is the Program Director for Girls Rock Philly), and more – including its staple of metal shows in dive bars. Often being accidentally compared to bands of guys in England or Pennsylvania who bear their same name, Trophy Wife is tongue in cheek about its gender politics, believing music to be a vital space to move across difference and convey ideas.

Their sophomore release, “Sing What Scares You,” moves away from the overtly political. There is less yelling on this record and the two have begun to weave their voices into melodies and harmonies. This release, recorded by Steve Roche, also includes lyrics in German and French, Otto and Foglizzo’s ancestral tongues, respectively. 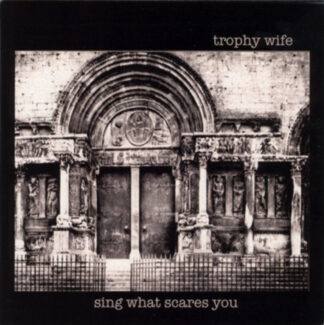