We are so excited to finally, officially announce the brand new LP from Washington, DC’s The Rememberables! Breathe, their second full-length, will be available everywhere Friday, October 8th, and is being released in conjunction with our friends Head2Wall Records in the USA.

Descended from the ‘90s wave of guitar-driven power pop bands that owed as much to Van Halen as to Big Star, The Rememberables have crafted a hook-laden, fuzzed out masterpiece. Deftly produced by the legendary Kurt Ballou to perfectly capture every subtle nuance of their deep and sophisticated approach to the genre, this is not a record to miss.

The Rememberables formed in 2013 in Washington DC and solidified their lineup one year later with the addition of Chris Moore on drums (Coke Bust, Repulsion, etc). After releasing their self-titled debut EP in 2015, the quartet coupled that with new songs to create the 2017 self-titled LP. The seven track effort, which saw release via Adagio830, was engineered by Kevin Bernsten (Triac, Eyeflys) at Developing Nations Studio in Baltimore, MD and mastered by Brad Boatright (From Ashes Rise) at Audiosiege Engineering in Portland, OR. The band released a pair of digital tracks in late 2019 as the B-Side You EP before heading into the studio in 2019 to record Breathe. 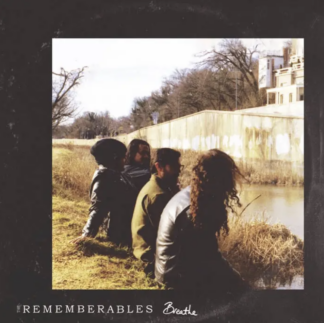 You're viewing: THE REMEMBERABLES – breathe LP €14,00
Add to cart