Multi-genre bands have existed for a while. Swedish-based Suffocate For Fuck Sake released their S/t debut in 2004 and an album with an absurdly long name (Blazing Fires…) back in 2008, which became a wellknown album in the scene. The band then went missing for years, until they 2017 fi nally reported reported back with their third album „In My Blood“. Almost four more years passed and the septet now releases their fourth album „Fyra“. Next to their dark, nihilistic sound a trademark was always the added swedish samples (taken from interviews and podcasts).

On „Fyra“ the samples deal with addiction shown in four different shapes that also mark the different chapters of the album: Mikael (Chapter 1) suffers from a long drug addiction and lost the stable enviroment around him and also distances more and more from his family. Mia (Chapter 2) tells her diffi cult family story and about her mother, who is an alcoholic. Mia and her sister and brother were as children often left alone at home for mutiple days, not knowing where her mother is and caught in a construct of lies, deceit and anxiety. Adam (Chapter 3) is woven in a vicious circle of his gambling addiction. He needed more and more money and got on contact with seedy persons, that were a danger for him and his friends. Martina (Chapter 4) explains her vice of eating to compensate the loss of her family in combination with her social phobia and how hard it is to get out of it, cause of the persistent self-doubts. But everything is not complete darkness, in the end we get a glimpse of hope as the characters explain what they went through to feel better.

Musically the band draws from different genres. Post-Metal and Post-Rock are very present and mix with harsh screamo vocals. But you can also fi nd elements of ambient and electronica here. The vocal samples give a special kind of soundtrack-esque feeling The band has this unique skill to create an incredible depressing and daunting atmosphere, that feels absolutely emotional and authentic. Next to Charlee, who also contributed vocals to the previous albums, 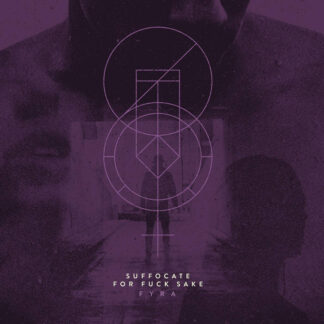