The release contains an expansion on their blistering grindcore sound, seeking influences beyond and creating a rattling, crushing force that will not only go beyond the beaten path, but deconstruct it all the way through.

SUFFERING QUOTA is a grindcore band from Groningen, The Netherlands, mixing elements of crust and death metal into their sound. Through a few line-up changes on bass and vocals the band is back with a more eclectic sound, yet they managed to remain a solid live act through the years.

With this new lineup they released a split with My Minds Mine in 2017 and are ready to drop their next effort, the sophomore album “Life in Disgust” and crush stages everywhere. 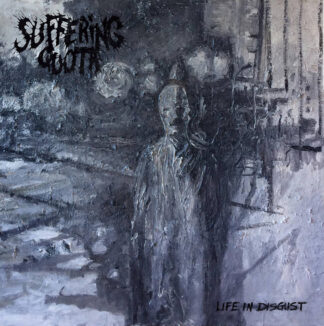