Debut by New York postpunk band Straw Man Army. Are they a Crass soundalike band? No not at all, they’re not really anything like them (except maybe in spirit). But they are collecting loads of well deserved compliments for their Age Of Exile album.

The band say this about Age Of Exile; “This is one small attempt to make something of the bewildering history of these ‘united states,’ and the long age of exile that follows in the wake of this colonial project. An attempt to become better students of the land we occupy, and the long resistance of its stewards to cultural and ecological decimation. A vehicle for histories that won’t sit still.” 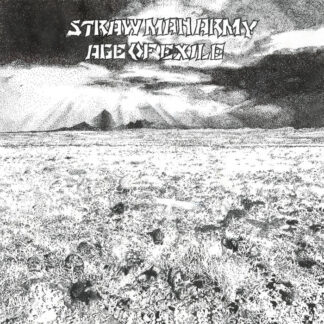