View cart “BIKINI KILL – The Singles LP” has been added to your cart.

Funny to think there was a time not so long ago when Stiff Richards was a name that required explanation – but not to you, of course, o punk connoisseur. This is your territory, after all. Music is your oxygen and the sound of the underground is your clarion call. You can explain the distinction between ‘Know Your Product’ and ‘No, You’re Product’. Hey, you’re probably pretty good-looking too. You know your shit, either way. So no wonder you’re drawn to this relative holy grail of modern garage rock – the 2017 self-titled debut album by the aforementioned Stiff Richards. Originally released on their own Stiff Records (and again by Legless in 2020), it lays down all the elements that made last year’s mighty ‘State of Mind’ LP such an instant classic. OK, we’ve established you know the drill, but let’s recap: scintillating Aus-punk that recalls the heroic high-speed riffs of their countrymen The Saints and Radio Birdman. It sounds like Royal Headache covering Motörhead, or maybe the other way around. It’s a full-on riot in 30 minutes – the rawest of rock’n’roll bleeding into the grimiest of power chords with hooks for days. You already know you’re gonna love it. Whether going full-throttle and aiming straight for the nerve receptors that get your head a-nodding and your toes a-tapping – like on sub-three-minute highlight ‘Strung Out’ – or sludgin’ their way through groovier cuts like ‘Bustin’ Out’, they’re never less than a treat that’s guaranteed to get your serotonin flowing and your speakers up to 11 (or beyond). As a certain similarly-named record label once said, if it ain’t Stiff, it ain’t worth a fuck. Frightfully rude, but that’s rock music for you, I suppose. Get it in your ears. 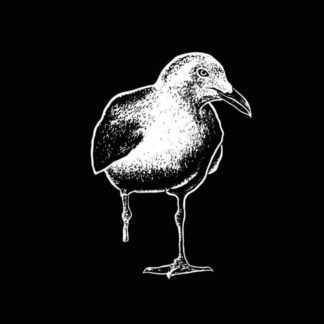