Debut 12″ from this hardcore band out of Oakland. I say that Sterile Mind are a hardcore band because their music is really, really fast and their singer yells, but at the same time I feel like Lift the Mask is pushing forward into something that’s not quite hardcore. In a word, it’s much more sophisticated than most of what gets called hardcore nowadays… it has a lot more in common with 90s bands like Talk Is Poison, Deathreat, Artimus Pyle… these were all bands that clearly had a foot firmly planted in the traditions and aesthetics of early 80s hardcore, but didn’t sound like a rehash in any way, shape or form. They felt like they were pushing both themselves as bands and the scene as a whole forward into new and exciting territory. I don’t want to overstate my case about Lift the Mask and say that it’s revolutionizing hardcore or anything like that, but at the same time listening to this record makes you clearly see how much bands today tend to look backwards rather than forwards. The problem is that to describe that progressive spirit I’m apt to reach for comparisons to older bands like I did above (and, indeed, the closing two-track blast of “Transmission” and “Laid to Rest” recalls even more genre-bending hardcore bands like Born Against and Rorschach), but it’s just as important to note that Sterile Mind don’t sound like a band trying to play in the style of 90s Partners in Crime Records-type bands… they just sound like a band that share a similar world view and set of influences. So, if that sounds like your steez I think you will find quite a lot to like here. 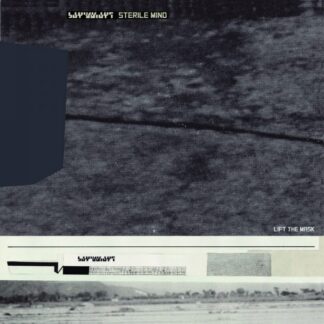