Boston-based trio Sneeze are back with their sophomore album, Wilt. Taking their signature neo-grunge dynamics to a more mature and cohesive tone than its predecessor I Am Going To Kill Myself, which was released on the band’s own label Midnight Werewolf in 2012. In this material the band explores the same depths and caliber in what you would find in the likes of Nirvana’s Nevermind. Still storming out of the gates with that disheveled and anguished exterior but also piggybacking a profusion of emotions that hold enormous weight. Warm, heavy but also sustaining that pop sensibility. Which only a few can execute that combination correctly.Recorded on November 15th with Justin Pizzoferrato at Sonelab (Dinosaur Jr., California X, Sonic Youth). Artwork and layout by John Jr of Dark Arts Doom Crew. Limited 12″ vinyl comes with digital download of album.

Be the first to review “SNEEZE Wilt LP” Cancel reply 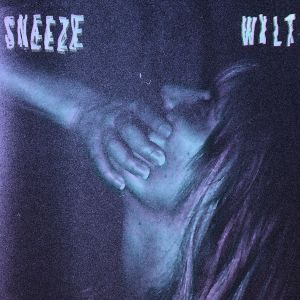