Six Brew Bantha, along with Archagathus, have been the leaders of the Western Canadian Grind Campaign for World Domination. They’ve been touring constantly, releasing killer records constantly, and honing their craft of ‘blurring grindcore’ to a razor-sharp edge. This second LP is their most refined and matured work to date.The songs got a little longer, but don’t be scared (I know I was until I actually listened to them). The blurring aspects and chaotic arrangements that made me fall in love with Six Brew Bantha are still the primary aspects of their sound, only now the songs have enough meat on their bones to become memorable and powerful statements in and of themselves. With incredibly tight and precise playing caught with a powerful, hard-hitting production, the record captures an ideal Six Brew Bantha at an ideal setting. Fucking awesome! 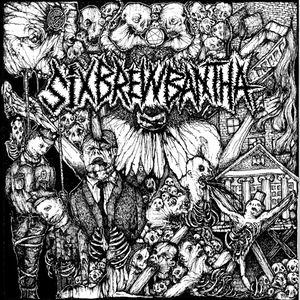