“This is what a perfect record sounds like. Every time I talk about it I end up sounding like some blubbering idiot. This music is equal parts post-punk, incantation and psych—hook laden as fuck. RATKA is an all-female band from São Paulo, Brazil, that seem to have come from out of nowhere to make most of the current post-punk/anarcho wave completely irrelevant. This is the next level in this style, borrowing elements from all the spooky classics, but adding something so undeniably new and unique that the game is permanently changed. RAKTA eliminates all sense of retro-ness to the style and come off like they just now invented the damn thing. The songs create an otherworldly atmosphere while still keeping your feet tapping. It transports you to this weird dimension that feels like it’s trying to keep you inside of it forever. It would have been the perfect soundtrack for a Maya Deren film. The record comes with a red-and-black on white poster that only adds to the mysterious bruxa vibes that the music gives. Check out my year-end top ten list in MRR #370 for even more gushing about this record. Highest recommendation!”—Maximum Rock N RollS/T by RAKTA

Be the first to review “RAKTA s/t LP” Cancel reply 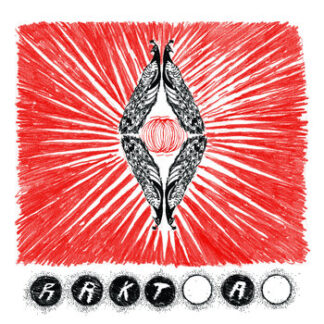