Something that really separates punk albums of today from those during the first wave of British and American punk is the care with which they were composed. Today, there is more of an emphasis on capturing the energy of the band rather than writing strong songs or capturing them with any semblance of fidelity.

Mind you, slap-dash-for-no-cash as Art Brut frontman Eddie Argos once gushed, makes for a lot of great records, but when a band starts with a solid framework of strong chord progressions and memorable choruses, and builds them out from there, the results speak for themselves. Radical Kitten are one of those bands, and their debut Silence is Violence is dying to be heard!

Together, they perform an incredibly tight, extraordinarily noisy, and surprisingly melodic variety of post-punk inspired by the Japanese noise bands and the soul-rejuvenating grooves of ESG. It won’t take much more than a few nips off Silence is Violence to realize that Radical Kitten are more than the sum of their inspirations, though.

“I Don’t Wanna” rips and tears through a rippling sheet of guitar feedback through a wracking of smoldering hot leads with Marin using the sundered strands to floss her fanged bark. “I’m Bored” has a wiggly, danceable bassline on which a spinny tangle of guitar chords surf and mingle atop while the melody breeches to periodically take a bite out of both. Other highlights include the immolating implosion and rising fire of class awareness that animates “Say Shit,” and the kick, skip, and stomp of “Shitty Questions” which speaks to the unwanted inquiries often directed towards trans, nonbinary, and other gender-nonconforming persons.

The latter track is one of the album’s many attention-grabbing moments that illustrate the band’s feminist-forward and pro-queer commitments in bold, loud and loving sonic typeface.
(New Noise Mag) 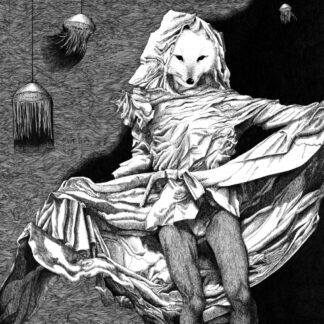