“L’Amour En Temps De La Peste “is the title of POTENCE’s remarkable and stunning debut LP. This new band featuring members of GERANIÜM and DAITRO capture the attitude of some of the darkest and fierceful niches of hardcore, turning its aesthetics into something very personal, emotional and increasingly unpredictable. The new 8 track effort from the French crust hardcore / screamo act were recorded in April 2016 by Steph at Disvlar Studio and mastered by Will Killingsworth at DEAD AIR STUDIOS and it’s really worth the wait! “L’Amour Au Temps De La Peste “is a work of striking emotions, surprisingly immense compositional capacity and colossal, thick arrangements.ffo: jungbluth, amanda woodward. POTENCE L’Amour En Temps De La Peste by CONTRASZT! REC. #065 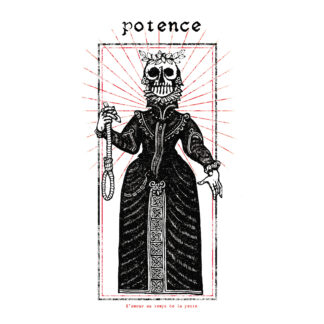