On Into Dark Science Phantom Winter return with more brute force than ever. After CVLT (2015) and Sundown Pleasures (2016) they now follow up. With their third full-length Phantom Winter found a new language to express extreme heavyness where other bands from the same genre already resigned. They channel depression, anger and severity on an authentic manner that goes it`s own way regarding vehemence.

The record contains six songs about your inner monsters, retaliating ogres and the omnipresence of darkness that we all carry within us. “It is a journey through the dark worlds of authors Sylvia Plath and Mary Shelley. Into Dark Science is a way to accept and channel my inner demons to create something worthwhile and productive” says Andreas Schmittfull who is the mind of Phantom Winter. Six chapters who tell a story of a being who lives in a world which keeps most people paralysed.

Emotional brutalness combined with a gigantic and back-breaking mix of low-tuned atmosphere and riff-orientated brutality in symbiosis with pounding and sometimes cyclic drumming which takes the audience further into a maelstrom. Just now this gloominess reflects in the arcane and mysterious design by Hummel Grafik who is once again responsible for the artwork. 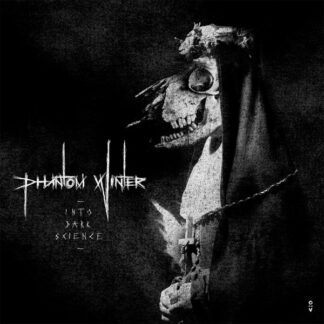