PASCAGOULA The Path, The Cross, The Aftermath LP

Little is known about this sludgey noise-rock 4-piece, short of the fact they’re from Brighton and they fucking rock.The following scant information, taken from a redacted document, appears to be the only information available…. “Pascagoula is an homage to legitimate eyewitness accounts, police reports, and evidence found washed up on the banks of the Pascasgoula river i——— ——– Missouri. Many unexplained events have been documented in the region, corroborated by the testimonies of ——— ———-.Among them: one man’s startling claim that experiments had been conducted on his eardrums, ——- and scrotal sac, shortly after being abducted from a remote mushroom patch by an———————— investigation lives on in the hands of four declassified agents – currently or formerly of Trencher, Plurals, Charlottefield and A Hundred Black Kites – who have been conducting research in their secret tin-foil prefab shelter in Brighton, near Europe. ————- ———— ————-These Are Their Findings. “

Be the first to review “PASCAGOULA The Path, The Cross, The Aftermath LP” Cancel reply 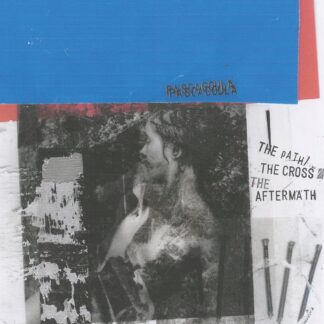 You're viewing: PASCAGOULA The Path, The Cross, The Aftermath LP €10,00
Add to cart