It seems that every time you turn around, there’s another Oh Sees slab. Long ago we lost all capacity to be surprised that this sturdy unit keeps putting out records and that they’re really good. You can now add the Metamorphosed 12” to your ever deeper shelf sagging row of John Dwyer & Co.’s seemingly no sleep release schedule. The five tracks were taken from the sessions that formed 2019’s Face Stabber album, a 17 track/80+ minute jammified four-sider. Metamorphosed would have been the perfect third LP to fit in with the other two. The very existence of Metamorphosed asks any number of questions. Speculation is for pundits and amateurs. Let’s go to John Dwyer and see if he’ll kick loose some information. As to the Metamorphosed coming out so long after Face Stabber: This is just how the release landed. We are trying to stagger the releases a bit this year and we have a salvo coming down the pipe, so that’s how the cookie crumbled. Metamorphosed would’ve been out sooner but with the virus restrictions, shipping of LPs has obviously slowed down and so has manufacturing, so here we are. It’s worthwhile to note the Face Stabber sessions also resulted in The 12” Synth, a two track deal released in November of 2019. So, what was happening in the studio that rendered almost three hours of finished music? Just the usual run with ideas. Usually this takes place at the end of the planned recording. We have extra time and tape to lay down some deep cuts and long jams, etc., the fun part, really. It’s a test to keep up with Dwyer and his extraordinarily able bandmates. It seems like there’s always something on the way to the pressing plant. When and how did Metamorphosed come together? Basically, I found myself with a 12″‘s worth of material in the new year and things were starting to grind to a halt, so it was the perfect time to sew it all up. People need some tunes right now and I think the artist’s community is making a good run of it. So much great shit is seeing light right now. John and Matt Jones run the Castle Face label with full autonomy, so it would make sense that Metamorphosed, like The 12” Synth, would have been a CF release. Yet, it’s on the very cool Rock Is Hell Records label, which has put out some great Dwyer related jams in the past. The OCS Live In San Francisco album was not only great musically but all the vinyl and sleeve variants made the collectors break out in a fan sweat they’re probably still recovering from. Being able to do all this yourself, it’s obviously cool to still work with Jochen and Rock Is Hell. Yes. I’ve worked with Jochen a few times over the past decade or more (so he is grandfathered in. 🙂 It’s pretty rare these days that I work outside my own label but his stuff is so well done and usually its own work of art. Last question. The fan cannot resist! At any time, were you thinking of making Face Stabber a 3LP set? Hell no. But now maybe I am. Metamorphosed isn’t just some barrel scrape for those who can’t get enough. All of the five tracks stand up to anything on Face Stabber. The record’s 23+ minute I Got A Lot is one of the coolest songs the band has ever done. As it is with a full on Rock Is Hell roll out, there’s a lot of details. Metamorphosed is no exception. 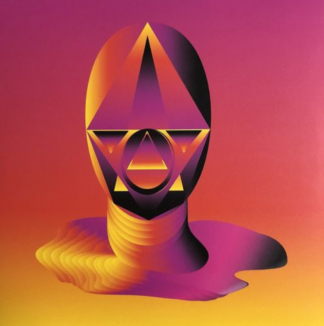