„In 1984 three brothers K. Earnest, Rusty Meyer and Harper Owen Jackson from Brettingen, Colorado formed the band NIGHTJET after dropping out of high school because the future they were promised did not live up to their expectations of a good life.

This was the beginning of a never ending journey of love…

The ancient legends say there is a deep friendship to the guys formerly known as El Mariachi. This first release by these 80s Rock gods comes on black vinyl in a 300g sleeve with a thick Inlay including all the fantastic lyrics and an impressive cover design which will brighten your night.“ 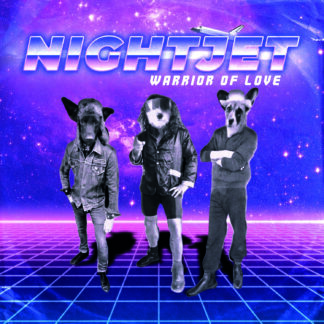