Nicfit have now gathered a spiky new batch of hyperactive songs together into their enthralling debut LP entitled ‘Fuse’.
‘Fuse’ is a flexing treat of a debut album, packed with browbeaten stomp, taut breakouts, guitars that sound more akin to warning sirens and an astute railing vocal delivery. ‘Fuse’ was recorded, mixed and mastered at the Geru Studio in Toyota City with the help of Shigeru Matsui at the board. These ten original blasts of song, and one cover of the Urinals (‘Ack, ack, ack’) are as pummelsome as they are keen to race against the clock. Total life-affirming trample, with pointed metallic moments and glammy undercurrents that forever soar out of the sprawl. 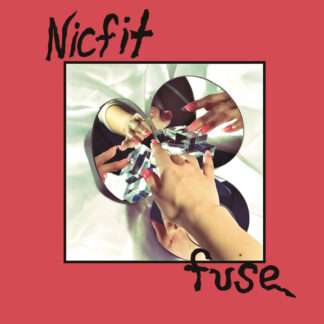