NIBOOWIN is a four piece band from central Michigan who formed in 2017, from the looks of things. NIBOOWIN features members of Old Soul, so going on that alone, you know you’re in for something truly special. NIBOOWIN play a killer style of music that incorporates elements of post hardcore, black metal, crust, and screamo within their sound. Musically, NIBOOWIN can be loosely compared to bands such as Amber, Envy, Locktender, Perth Express, Planks, Amen Ra, Lightbearer, and other like-minded bands. Breathing is the band’s debut full-length LP, which was released on February 2nd, 2018. On Breathing, NIBOOWIN offer up eight tracks of brutal as fuck sounding post hardcore, black metal, crust, and screamo. Overall, Breathing makes for an amazing listen and definitely should not be missed. Highly recommended! Enjoy!

Be the first to review “NIBOOWIN Breathing LP” Cancel reply 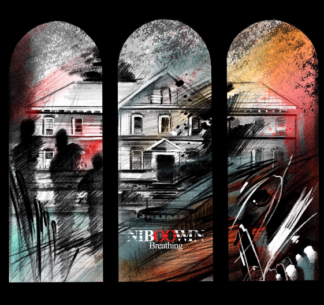