NAEVUS with their first album in 18 years. One of germany’s first Doom bands.”Good things come to those who doom: 18 years have passed since Naevus from Southern Germany have released their debut album Sun Meditation via British label Rise Above Records. After a 13-year break (1999 – 2012) the four-piece decided to start working on a second release. Four years later Heavy Burden is finally around the corner and will be released on August 19th via Meta Matter records. Those who have listened to the German Doom institution in their earlier days will notice that Naevus take a more laid-back stance nowadays than they did at the end of the 90s. Groovy, occasionally jazzy Doom Metal, hard rocking Stoner parts, the mellow voice of singer Uwe, the well-versed drumming of Mathias: Naevus have grown up, but don’t sound less compromising in the slightest.”For Fans of: THE OBSESSED, TROUBLE, SPIRIT CARAVAN etcheavy burden – 2xLP / CD by NAEVUS 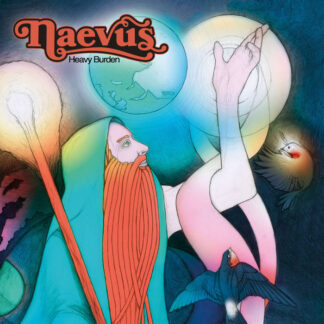