MELLIE – I Have Ideas, Too LP

Mellie’s first EP „Have Head“, released in spring 2020, was a small manifesto of brooding. While the urban zeitgeist wants to shake this off once and for all in order to just get things done and be even more productive, Mellie explicitly appreciates the permanent thinking-things-through. The whole thing comes with a melancholic, opaque sound which is shaped by sometimes discordant, often catchy guitar riffs and repetitive, almost paralyzing basslines. The trio‘s sound is anything but forced or exhausting, on the contrary: Mellie’s music is in many places subtle, in the very best sense of the word, sometimes even shy. Krautrock-like, repetitive passages bring a reduced version of early Stereolab to mind. „First Fridge“ calls up memories of Sonic Youth’s brighter and poppier songs. This autumn, the band‘s first album „I Have Ideas, Too“ will be released on Berlin label Adagio830. (Luca Glenzer) 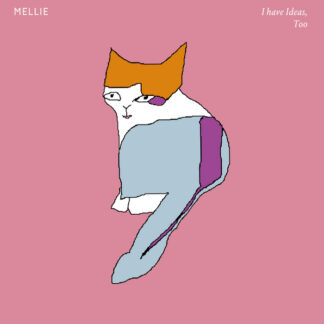