M.D.C. finally goes acoustic: the hardcore punk legend around DAVE DICTOR records their classics as “Millions Of Dead Cowboys” in a completely new guise. CD with 8-page booklet and LP in a 350 gram cardboard cover with printed inlay and download code on twisted chords.

While every second US punk rock singer feels like he has armed himself with a check shirt and acoustic guitar in the past 15 years and tries to shine ambitiously in the fields of country, folk and Americana, things are a little different with MIKE SMITH and DAVID DICTOR. Although the twelve selected songs were recorded almost continuously acoustically or at least with an undistorted guitar, iconic classics such as “John Wayne Was A Nazi”, “Corporate Deathburger” and “Nazis Shouldn’t Drive” not only retain their entirety due to the unmistakable singer own flair. So M.D.C. unplugged a kind of acoustic “radical rock” rather than arriving in the Nashville canon, steel guitar, violin or banjo was deliberately avoided. The songs are calm, catchy and profound – not a genre homage, but a completely unique version of themselves. From personal stories from a turbulent life to the biting self-defense against American realities, the band’s smashers work perfectly even in the reduced setup. 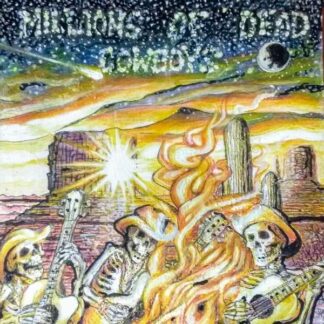