Kælan Mikla is a three-piece punk/no-wave band from Reykjavík slowly getting darker and deeper with new waves and more instruments. The band consists of three girls who perform their own poetry and have been described as an avant-garde, fresh breeze into the Icelandic music scene in the past two years. The band was formed after winning first place in a poetry slam held by the city library in January 2013. They have since then played multiple festivals as well as just finishing a small europe tour. Kælan Mikla are known for their dark melancholic sound, most of the songs consisting only of heavy bass, drums and screams with some softer, melodic synth parts in-between. The bands lyrics focus on inner confusion and their intimidating stage performance, often including performance art of some sort, is bound to leave the crowd in a melancholic trance. 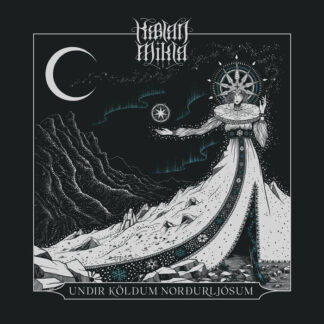