JUNGBLUTH can definitely be considered as one of the most exciting and vibrant bands coming from Germany these days and should be a well-known name for all of you who are into dark HC/Punk. Hailing from Münster, Germany, this three-piece is featuring former members of ALPINIST. They sold out of the first and second pressing on their S/T demo CS and recently released a full length LP through VENDETTA. Emotional intensity meeting the toughness of old school hardcore, and the wafty soundscapes of post-rock, it seems as though JUNGBLUTH is carving out their own niche in a scene that has too many genres to even list.CALLOW is a relatively new melodic hardcore punk band originally from Boston, MA who now reside in Philadelphia, PA. The band shares members with Boston hardcore act LOVECHILD (and former members of CERCE) and released their debut seven song EP “Disappear Here” on a cassette with the help of IT’S A TRAP! RECORDS. CALLOW play a blend of intense emotional hardcore with powerful delivery, mixing subtle elements of darker and heavier bands like CURSED and CONVERGE. Pressed with three different color options (black, solid white, and transparent blue vinyl) this release is strictly limited to 1000 Copies.More info on JUNGBLUTH here: www.facebook.com/JungbluthpunxMore info on CALLOW here: www.wearecallow.blogspot.com 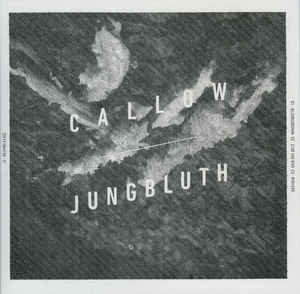