Formed in Toronto in 2012 with the idea of creating diseased & brooding music, IRN have been actively releasing material since their formation and have toured Canada extensively.

Their new EP consists of two songs, just shy of 23 minutes. Its atmosphere is set from the second it starts and does not let go until the bitter end. The sound resemblance with that of Noothgrush, Corrupted, Iron Monkey and the like is undeniable, even welcome for enthusiasts. But although IRN can be described as being influenced by those bands, they took that extra step, making this EP, much like their previous releases, a uniquely sounding piece of music.

For lovers of both 90s sludge and fans of “the new shape of sludge that came”. 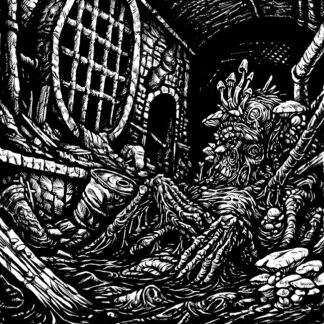