“Crunchy grind is what comes to mind after listening to this 30 minute monster. I’ll be honest straight up. I’m a fan of selective grind and it so happens I love exactly this kind of grind, so imagine my drooling when I first heard this. Internal Rot embody the purest traits that quality grind contains – violence and freedom.

‘Mental Hygiene’ will grab you by the collar and throw you straight into a pit of wild boars. You will be shredded into pieces in the frenzy that ‘Mental Hygiene’ creates. Musically, it is infused with punk thrash elements and the guitar tone it carries is jagged edged similar to what Insect Warfare, Wormrot, Infanticide and Death Toll 80k employ; and that is saying “it slays”. So fans who have heard these bands before should know what to expect and be ready to lap it up.

Right from the first track ‘Muciferous’, the album is a gateway to unbridled anger and consequently, freedom. The 30 odd minutes get over in a blink of an eye. After absolutely four murderous tracks, the band also manages to get some groove in via the aptly named ‘Sex Everywhere’! It obviously doesn’t make sense to distinguish between songs in a top grindcore album like this, but ‘Internal Rot’ insert some slight shifts in tempo; alternating between blazingly fast and slightly slower mosh ready parts. Albeit for a few seconds, this keeps the attention of the listener and gives some breathing room like midway through ‘Nose in Neck’ and ‘Hodgkinson St.’, in order to get ready for the next round of barrage that inevitably follows. The last and the longest track happens to be titled ‘Riddled with Rage’ and it pretty much sums up the sentiment of the whole album.

There is a certain appeal for grind albums like these, whose expressiveness and production attracts fans from other extreme genres.” -dipym666

500 copies on neon pink vinyl. Remastered from the original files.

This is a shared release with 625 Productions, a tuxedo among suits. 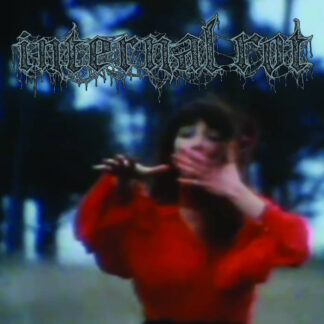