INSPIRE is a Sao Paulo Straight Edge Hardcore band active between 1998-2001. The band was formed by members of the most important edge bands in Brazil of the 90’s: PERSONAL CHOICE, SELF CONVICTION and POINT OF NO RETURN. In later years they formed bands like I SHOT CYRUS, B.U.S.H., BANDANOS and O INIMIGO. Inspire managed to release only one demo in 1998, which featured four songs of high-energy, powerful youth-crew influenced hardcore. One of the songs went on to appear as part of an international compilation “More Than The X On Our Hands” (2000, Commitment Records). Inspire were the first straight-edge band from South America to tour Europe. In 2009 Inspire returned to the stage and now perform more frequently. It is a perfect time to remind everyone of the output of this band. This Inspire 7″ contains four songs from their excellent 1998 demo.

Be the first to review “INSPIRE Demo 7” EP” Cancel reply 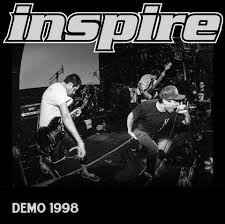