Dublin gritty melodic punks GRIT are gathering pace fast despite their short existence, having hooked the punk scene with their catchy 6 track demo.GRIT have seemingly came out of nowhere, with members of GRIT more known for their crust/hardcore punk bands of the past. With a sound resembling certain predecessors of early European hardcore punk with a slight oi! vibe. GRITs socially charged female fronted straight-up punk rock that hits hard standing parallel with earlier punk of the late ’70s or early ’80s. Sharp cutting punk riffs driven by powerful beats with plenty of melody in vocals carried on a bed of choruses which ‘ouuhs’ and ‘aaahs’ in the background. The call for ‘Ghost Estates’ to be pressed in wax was clear and loud.TRACKLIST: 1. Concrete Sea 2. Stray Bullet 3. Backup Loader 4. Rundown TownDEMO by GRIT 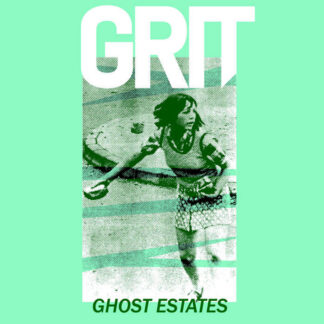