GOING AWAY PARTY – A Ride with our Ghost 12”

The post-punk wave of the last few years has brought us so many great bands and so many that remain to be discovered. GOING AWAY PARTY delighted us with a great four tracks demo released in winter 2019. With “A Ride With Our Ghosts”, their first vinyl release and impressive alloy of punk incisiveness and dark disenchantment, the band gives its interpretation of a severe and cold environment.The singular atmosphere of cold tension which reigns in GOING AWAY PARTY has something both captivating and exhilarating. The songs shine in their darkness and offer a nagging richness. GOING AWAY PARTY members are also known to play in great bands such as BARREN?, BITPART, BLEAKNESS, CATISFACTION or TURQUOISE… The band was surrounded by friends to make this record a reality : it was recorded and mixed by Jacky Cadiou in Brest and mastered by Will Killingworth at Dead Air Studios. The artwork has been made from pictures by Joan Astarac. It’s a corelease with Destructure, Sabotage and Les Choeurs de l’ennui. 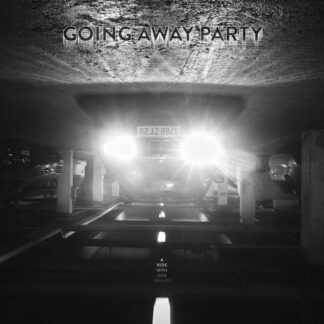