Originally released in demo form, in 2022 the band went into the studio and fully re-recorded the songs.

‘What if Blitz hailed from Los Angeles and sang in Spanish’ isn’t a question you hear all that often. Fortunately, we don’t need to ask – the answer is provided by Generacion Suicida’s latest album, which rages and rattles in all the right places, drenched in the memorable brilliance that powered the Killed By Death compilations (ask yer dad – and if he doesn’t know or care, burn his terrible records and make some space to track down the KBD LPs). The band’s slogan is ‘musica del barrio, para el barrio’ – music from the neighbourhood, for the neighbourhood – but it sounds like they could use these hooks to take on the world.

That’s a pretty accurate sentiment as well, because this album was written during the Covid-19 lockdown of 2020, while the world bubbled over with carefully managed misinformation, police violence and the sickening overspill of white supremacy’s foul brew. If Regeneracion sounds potent, it’s because there was a lot to be angry about, and the result is arguably their best album yet. 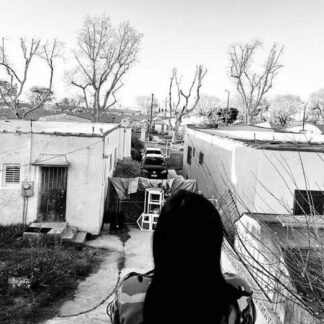