ES WAR MORD have recorded 6 songs for it in one afternoon. six songs about bad argument culture, aggression problems in the “fight for every inch of identity” and the idea that 90 seconds could be enough to create a usable lecture. the use of a 4 track tascam 244 cassette recorder was not a folklore performance but a coherent tool and sense-giving ritual for a design that stands free of illusion against capitalistic massiveness. However remarkable: the love, the belief, the hope that the measure of that which calls itself guilt is present in the individual and does not need a higher instance, remains. with kind permission : “the struggle for every inch of identity” quote from flavio bacon (human abfall) 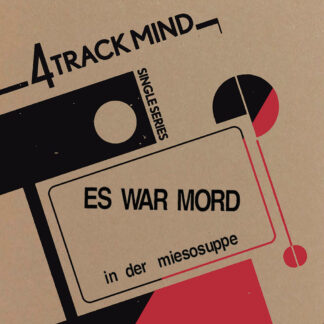