In a time when the death cult of this capitalism-thingamabob becomes even more obvious, a great amount of cloud-rap-autotune to become Chancellor is missing. But, hey, I`m still in love with large parts of that punk rock. And a band that makes the word “solidarity” one of the main themes of their album these days (“Grandpa, you’re repeating yourself.”) without being embarrassing earns a place in my heart.

That is, if the band hadn’t had it already anyway:

At El Mariachi concerts, you might see people in the first row (“never seen that at punk concerts”) in Get Up Kids shirts next to a determined Slime shirt. I saw El Mariachi twice at the end of 2018, after their final show at the time, in 1848 in front of the Paulskirche. And I still had the feeling everyone was decently (!) going bananas, without suddenly finding myself in a room full of assholes. A rare feeling. Chapeau. It was loud, it was noisy, and yet there was always something to bring about an amorous smile. It was too hot, and yes, it was also a bit beery, people were having fun, and I’m thirsting so much for the next time….

The third album is awesome. It’s their best. It’s even funny (The end of the song „Gratis Geld“ is God). It’s melancholic and combative. It’s El and Mariachi: German lyrics that convey something like a concrete attitude without making your toenails wrap around your neck, straight punk paired with rhythmic melodies for billions. All of that in its particular combination makes the album something very, very special. It is the last bullet for the tenderness of the peoples and against Christian Lindner. Therefore, the Golden Hen 2021 goes to El Mariachi! 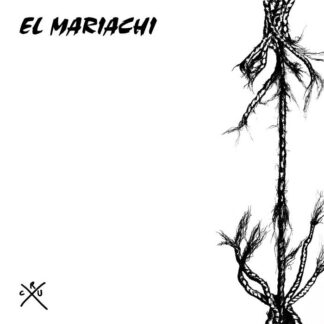