View cart “ARCHIVIST – s/t 2xLP” has been added to your cart.

Cult Values was formed in October 2014 in Berlin as an international collaboration between people from the USA, New Zealand, Austria and Germany. After recording a much acclaimed demo in 2015 (out on Berlin’s own Static Age Rec.) and a line up change on drums right after, CV started playing tons of shows in Germany and the periphery as well as writing songs for an LP. Said record was finally recorded in December 2015 by Tobias Lill and is going to be released in July 2016 by Sabotage Records and Static Age Records in Europe, and Deranged Records in North America. This record comes with a 16 page booklet, fans of Red Dons, Effigies and the Estranged, take NOTE ! 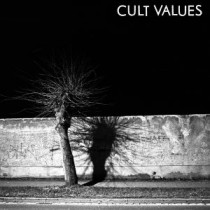