When a band has the word “leather” in their name, usually you either think of something like Judas Priest or you go the Velvet Underground route.Well, Cold Leather sound like neither. In fact, they probably sound as if no punk band had existed from ’74 on. They play those tasty classic rock type riffs with a groovy rhythm section and have the same sexy teenage urgency that you feel when you listen to The Runaways. It’s like they were punks before there was punk – and I don’t mean power-pop. I’m thinking about that period of time when rock was dangerous and sexual and it wasn’t necessary to differentiate it from all the commercial bands’ bullshit. And believe me, if Cold Leather have one fault, is that the short duration of their single and demo leaves us wanting more. For a whole lot more. “(cvlt nation /HUGO FILIPE LOPES)Recorded July 2017 by T – Rex at Allee der Kosmonauten Mixed and mastered by Daniel Husayn at North London Bomb Factory Artwork by Zsa Zsa 500 copies on Black – Silk Screened inserts9 song debut album after a stunning 7 “and Demo. 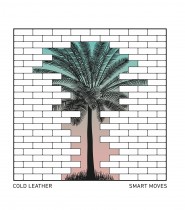