Philly’s own Chained Bliss set tongues a-waggin’ back in 2019 with their Stained Red cassette EP, gathering more than a few comparisons to the Wipers’ early racket in the process. Well, now they’re back with a debut album that seems to have skipped right ahead from Is This Real? to Over The Edge: this self-titled LP has all the gut-punching ramalama, knockabout guts’n’glory of that first tape, with added layers. Melodic guitar lines come perilously close to jangling over crunching power chords, while furiously yelped choruses give way to sumptuously put-together breakdown sections that catch you off guard and kick you in the shins before legging it down the street. Chained Bliss clearly love scrappy, skatey garage rock (echoes of Agent Orange’s Living In Darkness abound) as much as they love pushing that raucous clatter into something spacious – the meditative sections that flow effortlessly into absolute ripper Pillars Of Abuse are as unexpected as the thoughtful but head-spinningly energetic sections that bring Creative Seizure so thrillingly to life. Other times they’re just as happy to keep you careening towards the pit with two-minute bangers, but that’s the beauty of this record: it’s never smarter than when it’s playing dumb, and the rest of the time it’s just pretty damn smart. Here’s a challenge: can you listen to Ominous Life’s gnarly pop without raising those fists of yours skywards and landing a firm thump on the air? Or Drifter’s swaggering stomp? Or, or, or… ahhh hell, you get what I’m saying here. Every single cut slays, every single hook snags itself on your brain. You’ll come back for more, and more, and more. Are Chained Bliss your new favourite band? Well, gee, we’ve never met and I don’t know what you like and it’s not for me to say… but on the other hand, yes. Yes, they are. They’re heading straight for your heart and they ain’t budging. 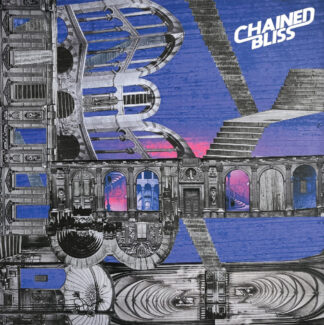