CHAIN & THE GANG – Music’s Not For Everyone LP

Released in 2011, Chain & The Gang’s second album, like its predecessor, was once again produced by Calvin Johnson at Dub Narcotic Studio. The lineup is also mostly the same, with the small difference that there are now five background singers who answer (in different songs) the calls of Ian Svenonius: Tara Jane O’Neil, Veronica Ortuño, Susanna Patten, Sarah Pedal and Katy Davidson. “Why Not” challenges everyday common sense and the established rules to an energetic blues shuffle. “Detroit Music” sounds like dirty jabs and the Dirtbombs, “Detroit Music II” plays the ball on, towards a heavy monster jam. Brilliant! The title track is then again in a class of its own: to psychedelic laments familiar from the Stooges’ “We Will Fail,” Svenonius mocks the tastes of the naïve “I actually listen to everything” consumer: “I know you wanna share. But don’t!” he spits contemptuously at their feet. In the era of Spotify & Co., Svenonius accepts the accusation of snobbery: “Does a moth know a flame, just because it’s drawn to it? “Svenonius sells it all with conviction and a devilish twinkle in his eye. He means what he says, and also knows how absurd it all is. These 12 tracks serve as a bombastic backdrop for Svenonius’ treatises on living the life of an anti-capitalist svengali; they’re a guerrilla garage rock manifesto imbued with fever, fervour and soul.” – The Quietus 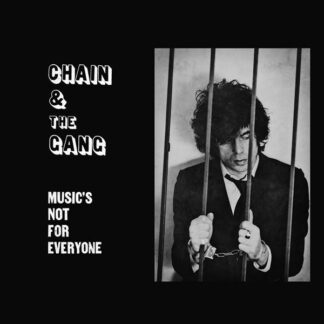