CHAIN & THE GANG – Down With Liberty …. Up With Chains! LP

The 2009 debut album from the chain gang led by Ian Svenonius (Nation of Ulysses, The Make-Up, Weird War) is a masterpiece of primitivism. From dazzling set pieces of R&B and rock’n’roll, the band forms highly melodic songs full of call-and-response chants (“What Is A Dollar”), or invites you to take a walk through the cemetery (“Cemetry Map”), which sounds so spooky as if voodoo master Dr. John had thought it up. Sometimes Svenonius just grabs a wooden guitar to make fun of conspiracy theories like in “Deathbed Confessions”: “I faked the moon landing, I saved Hitler’s brain. Yeah, it’s in Argentina but it controls the USA.” Calvin Johnson produced the album at his Dub Narcotic studio and also did a bit of background vocals. The beat lurches and sways as confidently and surely as an old sea dog’s gait in a breeze of doppelkorn. The somewhat odd album title is explained by the always conceptually thinking singer as follows: “Everywhere freedom goes, it leaves a path of destruction. Fast food, bad architecture, materialism, unbridled greed, destroyed environment, imperial conquests, class struggle; combined, these phenomena are seemingly synonymous with freedom.” When big words often hide only capitalist greed and imperialist war, Svenonius & Co. prefer to slip into the role of dissidents. “Ian Svenonius is an inadvertent pioneer. His career has been a studied attempt to advance the history of punk rock, using influences as tools to build with rather than styles to flaunt and discard.” – The Wire 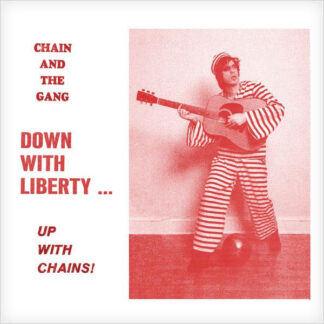