Can I kick it? Yeah, sure, why not? Rippling through the murk of late 2022 to provide an unlikely source of light, Cardiff’s supremely noisy quintet Can Kicker are here with a last-minute shout for album of the year. If you like your hardcore to flex some serious muscle (well… riff-wise) while skirting around the edges of goth and post-punk, with the needle in the red all the while, their self-titled debut just could be the record for you. Like a breeze block to the back of your skull, this is guaranteed to make everything feel frayed and fuzzy at the edges, delivering a knockout punch that’ll leave you reeling. But you know, in that good way.

Luke Penny’s voice is often lost in the maelstrom of pulverising power chords, but he’s no grunting hardcore knucklehead. His delivery is an impassioned yelp that’s dripping with anger and a matter-of-fact sneer that instantly sells his conviction, while the band conjure echoes of Die Kreuzen’s’ Century File’ one minute, Blitz’s ‘New Age’ the next. At full pelt, they sound like Protomartyr and Discharge fighting over whose turn it is to slash the cops’ tyres; the rest of the time (say, the scintillating headfuck of creepy-crawling classic ‘Waking Dream’), they’re busy making the holiest of rackets on what’s arguably the best UK punk record since Denim & Leather’s might ‘Sacred Autism’.

By the time the scorched-earth anti-psych of closer ‘Stupid Game Part II’ rolls around, you’ll be aware that you’ve been taken on a journey and you’ll want to relive the whole thing as soon as possible. But take a minute to feel grateful that Drunken Sailor are putting this one out into the world, and just in time for us to call it a Christmas gift as well. This album will melt your synapses so you’ve no idea what your brain’s trying to tell you, beyond the certainty that Can Kicker are the ones for you. Records this deliciously brutal yet immediately habit-forming don’t come along often enough – this might be the last chance for a slamdance in 2022, so give your ears a tinnitus-inducing treat.
Will Fitzpatrick. 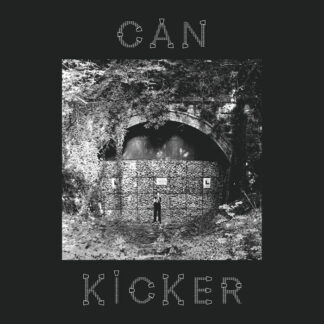