BIB presents POP. Their follow up release to their 2015 Demo. POP takes you on a panicked journey through a wormhole of anxiety and isolation.

BIB’s brooding sound is steeped in mutant destruction and caustic anger—a mid-tempo hardcore foundation with thick, chainshaw guitars and gruff grunts, pummeling towards metal. The band is self-loathing but not self-sabotaging. Placing headphones blaring BIB into your eardrums has the empowering effect of plugging a phone charger into an outlet; you’re struck with a visceral surge of energy that is possibly dangerous. Play BIB while walking down the street in your hood, and no one is going to fuck with you.

BIB continues their wall of noise style production on this release, with delayed vocals that sound like they’re being tossed off of a mountain. BIB mixes quick, full chord riffs with crushing breakdowns. Vocals weave between child like shrill barks, primordial grunts, and pressure reducing singing. The final track, P. M. F. ends the record with a chaotic blast of organ that perfectly captures BIB’s pop and hardcore sound. 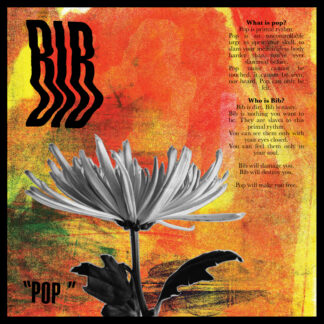