BIB A Band in Hardcore LP

For their second release on ETT, Omaha-based BIB continues their streak of making sketchy-as-hell hardcore punk for straight up weirdos. This is a Compilation LP, this rules, ok!

BIB continues their wall of noise style production on this compilation release, with delayed vocals that sound like they’re being tossed off of a mountain. BIB mixes quick, full chord riffs with crushing breakdowns. Vocals weave between child like shrill barks, primordial grunts, and pressure reducing singing. 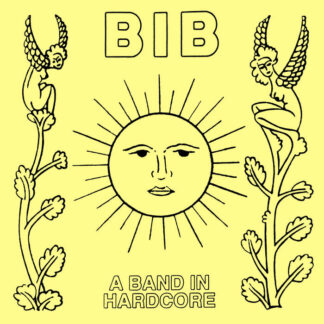