ANTI-CORPOS – This intriguing name showed up as graffiti at subway stations from Sao Paulo to Berlin. After a couple of weeks of investigation, it was clear that it belonged to a new, rad all-female band from Brazil. Their music, message and attitude is nothing less than the perfect soundtrack to the annihilation of bigotry, inequality, machismo and homophobia. Influenced by the local girl-punk scene and bands like KAOS KLITORIANO and BULIMIA, as well as a long tradition of raging Brazilian HC/thrash, they’re releasing their debut 7″ with seven aggressive tunes. 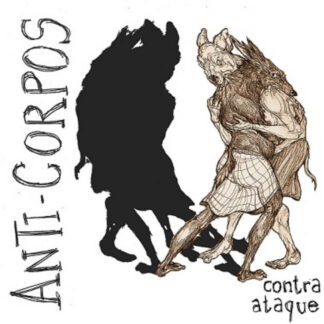