ANDY THE BAND Carry on 7″

Andy The Band is the solo project by Andy Dahlström from Terrible Feelings, Sista Sekunden & Satanic Surfers. The music is more straight forward rock than the other bands, but with clear punk roots and attitude, something that a punk can’t wash off. The attitude and the energy translates through the poppy melodies. All instruments are played by Andy and produced by him and Tommy from Vånna Inget and True Moon. The body of the songs mainly happened in the studio where both Tommy and Andy wanted to keep the spirit of first-takes and skip the cheating with overdubs and editing. After a few shows in Sweden, opening for Hurula and True Moon, ATB is going to Japan to support Vånna Inget on their entire tour. Some people think it’s gonna be just like when The Hives opened for The International Noise Conspiracy on tour, and eventually ended up switching places, but that’s up to time to decide. During the summer ATB will record 10-12 songs for a debut LP. 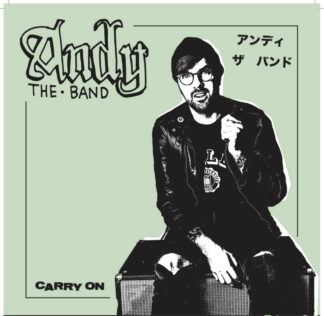