This debut LP is 10 blistering tracks of politically minded punk/hardcore touching on the subjects of child sexual abuse, patriarchy, misogyny and colorism. “Amygdala are a five piece band from San Antonio, Texas who formed in early 2014, by the looks of things. Amygdala play a killer style of music that incorporates elements of hardcore, punk, and screamo within their sound. Musically, Amygdala can be said to be influenced by bands such as Saetia, You And I, Pg. 99, Ampere and other like-minded bands. Since forming in 2014, Amygdala have released a six song EP titled The Horror Of Never Being Able To Forget in October of 2014 and a split with Saligia in May of 2015. Population Control is the band’s latest full-length LP, which was released Puddle Jumper Distro, React With Protest, Mosh Potatoes, and Rubiyat records on May 1st, 2016. The Lyrical content of Population Control deals with child abuse, patriarchy, inner misogyny, and colorism. On Population Control, Amygdala offer up ten tracks of raging and thought provoking hardcore, punk, and screamo. Overall, Population Control is a fantastic album and should not be missed. Highly recommended! Enjoy! “deadpulpit 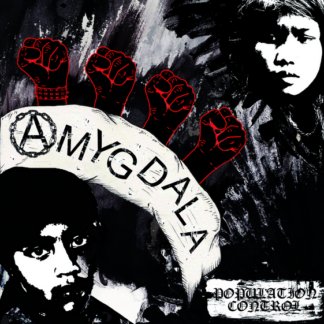