YEAR OF NO LIGHT – Consolamentum LP

YEAR OF NO LIGHT`s lengthy, sprawling compositions of towering walls of guitars and sombre synths irradiate a sense of dire solemnity and spiritual gravity, and couldn’t be a more fitting soundtrack for such grim medieval scenarios. But there is also the element of absolution, regeneration, elevation, transcendence in the face of death. Consolamentum is dense, rich and lush and yet somehow feels starved and deprived. With debut album Nord (2006) and sophomore release Ausserwelt (2010), the band made themselves a name in the European avant-metal scene. Extensive tours of Europe, North America and Russia in 2013 and 2014, including two appearances at Roadburn festival, Hellfest and a spectacular performance in a 17th Century fortress in the Carpathian mountains introduced them to a broader and quickly growing international audience. The cinematic scope of their music implies that YEAR OF NO LIGHT are a group of artists that pay a great deal of attention to their visual representation, from the classy album artworks and merch designs to the carefully designed lighting design of their live show. With their seminal 3rd album Tocsin, released in 2013, YEAR OF NO LIGHT reached the peak of their career thus far – a logical decision that Consolamentum was made with the same team again: recorded and mixed by Cyrille Gachet at Cryogene in Begles / Bordeaux, mastered by Alan Douches at West West Side. “We wanted this album to sound as organic and analog as possible”, comments the band. “All tracks were recorded live. The goal was to have the most natural, warm and clean takes possible, to give volume to the dynamics of the songs. We aimed to have a production with a singular personality.” Consolamentum is huge, poignant, frightening, sublime, smothering and cathartic – and, much like its predecessor, “audacious, memorable and supremely confident.” (Decibel magazine). 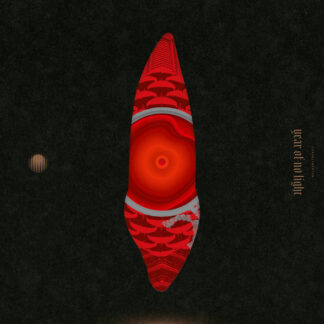 You're viewing: YEAR OF NO LIGHT – Consolamentum LP €29,90 incl. VAT
Add to cart